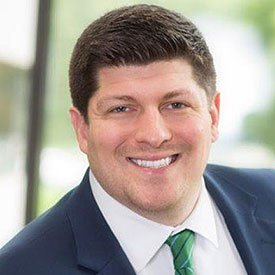 Austin Robbins is an Associate Attorney in the Family Law Group. Austin began working at Broyles Kight & Ricafort as a Law Clerk in May of 2017. He graduated from Indiana University Robert H. McKinney School of Law in May 2018 and was admitted to the Indiana Bar in December 2018.

Austin is gaining experience in multiple areas of family law, including dissolutions, adoptions, child related matters, and paternity actions. Austin is also actively engaged in handling Appeals in family law matters for the firm. As well, Austin is engaged in the practice of criminal law, serving as a Public Defender in Boone County and Hamilton County. Austin was selected as the Hamilton County Public Defender Representative at the Indiana Pre-Trial Summit in 2019 and is a member of the Indiana Public Defenders Council.

Austin was a member of the Child Advocacy Legal Clinic during his time at IU McKinney. Through the CALC, Austin became a Court Appointed Special Advocate (CASA) for children in Marion County. The clinic was supervised by Child Advocates of Marion County. Austin gained valuable experience relating to DCS and CHINs matters during his time as a CASA. He now handles a wide array of CHINS matters for the firm.

In his time away from the office, Austin is married and a father of two girls. Austin is the Administrator for the Sagamore American Inn of Court based out of Indianapolis. In addition to his involvement in Inns of Court, Austin volunteers his time as a Judge for the Hamilton County Mock Trial program. Austin also serves as the Head Coach for nationally ranked Pendleton High School Boy’s Rugby Club and as an Assistant Coach for the Marian University Knights Men’s Varsity Rugby team. Austin played rugby during his undergraduate years at Indiana University and served as a team captain. Additionally, Austin is a commissioner for Rugby Indiana overseeing High School Rugby in the State of Indiana and is the Head Coach of the Midwest Middle School Boys All-Star team.

How Can We Help You?